CLOSER TO HEAVEN is still out of reach

Since it's unsuccessful first run in 2001 I have often wondered when the Pet Shop Boys musical CLOSER TO HEAVEN would get a revival.  Neil Tennant and Chris Lowe's electronic score finds room for both their signature dance beats and their introspective ballads and I've played the original cast recording regularly over the years. 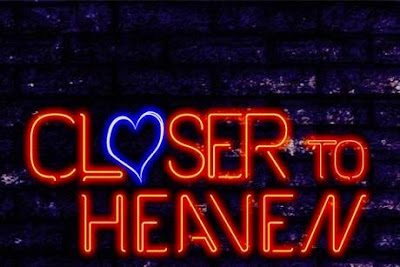 Despite showcasing a magnificent star performance from Frances Barber as the drug-addled Eurotrash hostess Billie Trix, the original production foundered at the Arts Theatre after 5 months with most critics pointing the finger at Jonathan Harvey's paper-thin book which fundamentally damaged the show despite the goodwill that the score and cast generated. 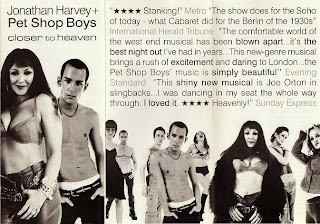 But now - and I might have guessed this would be the case - the enterprising Union Theatre in Southwark have revived the show and the fact that it sold out in a few days shows that I wasn't the only one wanting to see it again.  I had hoped that Harvey's book would be re-hauled for this second twirl round the go-go pole.  Sadly that is not the case - and it looks even more threadbare on the unadorned Union stage. 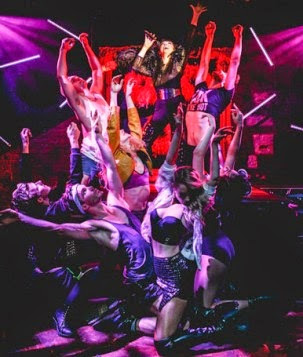 I suspect that this is also down to the equally threadbare casting.  Like the Bridewell Theatre in the 1990s, it's great to have a theatre which regularly stages musicals that otherwise would not be revived but it must be said that the shows are cast with performers from the second or third rungs of performers.  A scan through the programme mostly reveal understudies, fringe and regional productions, cruise ship performers or first-job from Drama School.  Now I know everyone has to start somewhere... but not the lead surely?

CLOSER THAN HEAVEN follows two young characters whose lives intersect at a Soho gay club run by Vic, a hard-drinking, hard-snorting self-confessed "vampire" who lives at night.  Vic's daughter Shell from a short-lived straight relationship makes contact with him after many years and they struggle to establish a relationship.  At the same time, the effortlessly sexy - and Irish - Straight Dave arrives looking for work as a bartender although he soon establishes himself as the club's lead dancer. 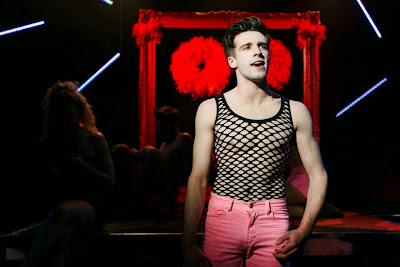 Shell and Dave are attracted to each other and through her job as a PA to a gay record producer Bob Saunders, Dave is lined up to be the new member of his boy band Up & Coming.  Dave warily keeps the nasty Saunders at arm's length but finds himself attracted to the surly Mile End Lee, a young drug dealer who supplies Vic and his temperamental Eurotrash hostess Billie Trix in drugs.

Vic tries to clean up his life and club to impress Shell but when he discovers Mile End Lee delivering a large drugs package to Billie, he fires her and confiscates it.  Shell sees Dave and Lee getting physical in the club toilet and she dumps him.  Lee and Dave have a night together but Dave later dies from a ketamine overdose.  Dave becomes a pop star in his own right. 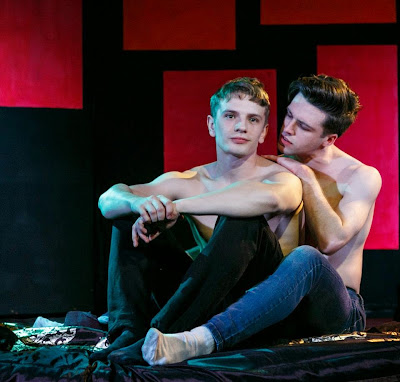 All the characters are expertly introduced during the opening number MY NIGHT but after the interval, Harvey's anorexic book starts coming apart at the seams.  Vic, Shell and Billie are neglected midway through the second act as the spotlight is switched to Straight Dave and Mile End Lee who promptly dies which leads to the big eleven o'clock teary ballad FOR ALL OF US, but it's efforts to get the tear ducts working fail because we are being asked to care for a secondary character who has had minimal effect on our sympathies up until then.

The show's climax - Dave's ascent to stardom - is unexplained and is obviously there to end the show with an uptempo number - but in this revival, the original last number, the excellent Barry White-sampled POSITIVE ROLE MODEL is ditched for VOCAL, a track from the last Pet Shop Boys album. 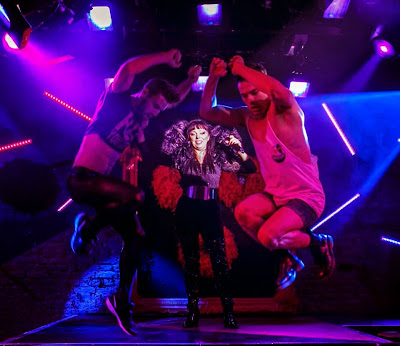 Director Gene David Kirk plods through the troublesome second act relying on the lights, music and his seven-strong ensemble to bump their crotches - no hiding when you are in the front row believe me - and grind their bums to hopefully distract from the paucity of content.  Said ensemble are excellent by the way but sadly Owen pointed out the similarity in Philip Joel's choreography to the famous, embarrassing flailing-about of Westlife's first appearance on Irish TV.  Once pointed out I couldn't get it out of my mind.

As in the original production some actors made the most of what they had to work with.  Although a bit shrill, I liked Amy Matthews' Shell as well as Craig Berry's blokey Vic while Ken Christiansen made the most of the viperous Bob Saunders.  Praise too for Ben Kavanagh as Flynn, Saunders' bitchy assistant. 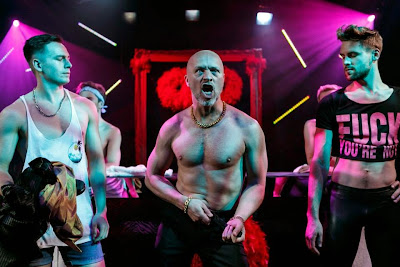 The main problem was in the performances of Katie Meller as Billie Trix and Jared Thompson as Straight Dave.  As I said above, Frances Barber created a wonderful sacre monstre that covered up some of the dodgy, fag-haggy type lines Harvey gives her and sang her big solo FRIENDLY FIRE with a world-weary sadness that was really stopped the show.  Sadly Meller just doesn't have the wattage to deliver, her casting is a complete mystery other than I guess she's affordable.

Jared Thompson was even more problematic.  Paul Keating played Straight Dave at the Arts and was believable as the sexually-confused new kid on the go-go box while also being charismatic enough to make you believe in the other characters' interest in him but Thompson appears to not so much act as point his lantern jaw, floppy hair and erect nipples at people.  There was another more irritating problem - I had to laugh when he lisped through the line "Why does everyone think I'm gay".  Because they have ears?  What made me truly baffled though was in Thompson's duet with Connor Brabyn's Mile End Lee in the second act, Brabyn showed he had an excellent, strong singing voice - how on earth was he not cast as the lead? 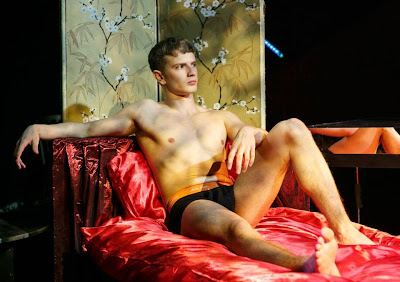 So there we are, CLOSER TO HEAVEN has been revived and it is still has problems.  Not the first time a great score has been allied to a weak book but all the more frustrating when you can see it's obvious potential.  I am guessing we might not see another production anytime soon.

PSB have been very supportive of the show which is good of them and Neil Tennant was actually in the third row at our performance - I was quite sanguine about it, I only looked round a handful of times!  Oh for the chance to question him about what he really thinks of it. 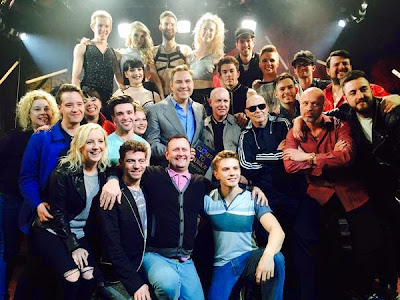 I have been playing the original cast recording ever since seeing it and believe that this show could be successful if they dropped Jonathan Harvey's script which has all the depth of a Boyz magazine comic strip.

Three months after CLOSER TO HEAVEN closed, Boy George's TABOO opened a few minutes walk away from the Arts and ran for over a year.  Both dealt with gay club culture, had a bisexual leading character and of course both had scores by artists who had come to prominence in the 1980s.  In retrospect I think why TABOO survived was down to a sympathetic, inclusive outlook which CLOSER TO HEAVEN ultimately lacks.  You simply don't care for any of Harvey's characters no matter how good the songs they are singing.
Posted by chrisv at 1:09 AM